You have to read the report!
Found by Anandi from Marcos' forum.

The wrath of Khan 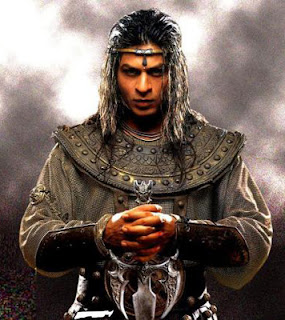 Complaint against Mr. K. from M.

After careful consideration, I decided to file a complaint against Mr. K. from M.

My son and I run an entertainment company. Two years ago we wanted to do a bigger event on the theme of Bollywood. Since everyone knows Mr. K. from his films that are shown on RTL, we asked him if he would take part in the event. Unfortunately no answer came back. But in Germany they say: no answer also an answer! So my son and I thought that Mr. K. from M. means yes.

Everything was fully organized. The hall was rented, the men and women from the gymnastics club were rehearsing Indian dances and my son had bought a blatant lighting system on eBay.

My brother has a plane so he wanted to pick up Mr K. (he had already ordered additional gas because it was a long way to go) The airline is known, called Albatros Airlines, the room in my brother-in-law's hotel was booked, the kebab -Stand (where Mr. K. from M. should have sold kebabs for a good cause during the break) I rented from cousin. My other cousin (cook at Mc Donalds) makes the best french fries in Germany, took an extra unpaid day for the weekend. So everything was well organized.

Unfortunately, shortly before the event, we still didn't hear from K. from M., so I called and called and called. At some point a man from management took off and said K. was not coming. He said that K. is a big man (that's not true! Everyone knows he's not even 1.80m tall) and that he wants to do a show like Madonna. So I said: "You're crazy! Mr. K. looks completely stupid with Madonna's blond wig and corsage!" Manager Mann hung up and never picked up the phone again.

I have big problems now! I have to pay rent from the hall, petrol for the plane from my brother, room from the hotel from Schwagerr, rent for the kebab stand from my cousin and loss of wages from another cousin, I have to pay for everything! My son is not doing well at all. He had to sell the lighting system and is now so sad that he can no longer work.

By the way, I'm not against Indians. An Indian rode in my taxi last week. Very nice man, smokes a lot, smells good, has a big nose, very nice man. I didn't want any money for the trip but he really wanted to pay! You don't see all Indians are angry. Only Mr. K. from M. is angry.
Best regards