What is the Helvetica font

From 3M and the German Red Cross to Lufthansa and the New York subway to Panasonic and Toyota: Helvetica is ubiquitous as a corporate font. And thus probably also the font that is most frequently printed on business cards around the world. And no matter how often you see the classic - somehow it always remains modern and attractive. If you want to use Helvetica as a corporate font, you should take a close look at where you get the font from. The license costs for a single cut - e.g. B. Helvetica Roman - which is installed on 100 computers, range from 0 to 344 euros.

First of all: This article is not a plea for saving on font licenses. Fonts that were chosen by the graphic designer for a certain corporate design for good reasons should not be replaced by poor alternatives for reasons of cost, and we are not even discussing pirated copies here. But there are cases in which a lot of money can be saved legally and without any loss of quality - especially when hundreds or even thousands of workstations have to be equipped and a classic is used anyway.

The original Helvetica (not the Neue Helvetica) is such a case: Its basic weights Roman, Bold, Italic and BoldItalic are available for free today. More precisely: They have been released by the URW ++ font house for unrestricted use under the so-called GUST Font License since 2009 - just like most of the 35 PostScript fonts that were available in Apple's venerable LaserWriter Plus (Avant Garde, Bookman, Courier, New Century Schoolbook, Palatino, Times, and Zapf Chancery). The free fonts are identical to the originals in terms of their letter outlines and spacing. The character set has even been expanded to include many special characters in order to cover as many languages ​​as possible. Only the names take a bit of getting used to: The free Helvetica version is called “Tex Gyre Heros”, the corresponding Times version “Tex Gyre Termes” etc. The Tex Gyre collection is available here for download in various formats - including OTF .

The savings are of course greater, the more PCs are equipped. B. the license for a single Helvetica style (e.g. Helvetica Roman) for 100 computers EUR 344.00. If you also need Bold, Italic and BoldItalic, you are already well over EUR 1,000. Not a fortune for a company with more than 100 employees, but why spend it when you don't have to?

Diversity and quality at a better price

Company PCs can no longer be decorated with Helvetica for free if more than the four basic styles are required - e.g. B. Black and Light. But there are also different sources - and different prices - for the extended Helvetica family and the now widespread Neue Helvetica. The 100 license for Neue Helvetica Neue Light costs EUR 344 again at Fontshop, while URW ++ has the same optically identical counterpart - under the name Nimbus Sans Novus Light - for EUR 232.

A look at the USA can also be worthwhile - depending on the exchange rate, more or less: Paratype, a reputable Californian font retailer, has the original Linotype Helvetica Light Pro for 100 users for USD (!) 344.00. If the standard version with the Western European character set, which also costs EUR 344.00 at Fontshop, is sufficient for you, you can buy it at Paratype for USD 267.00.

The thing with the Arial

But does it really have to be Helvetica? After all, there are a number of very similar fonts. The best-known replica is probably the Arial, which is supplied as standard with Windows and Mac OS, covers a large number of languages ​​and has the same spacing as the Helvetica. That is why many companies that actually use Helvetica as their corporate font allow the use of Arial as an alternative - for example for correspondence. Seasoned typographers turn up their noses here indignantly, because experts consider the Arial to be a rather clumsy imitation of the Helvetica. In comparison with the original you can actually see clear differences:

The layman is not aware of the details, and the nagging about the oh-so ugly Arial is often exaggerated. Much is simply a matter of taste. But one thing is undisputed: the often practiced mixing of Helvetica and Arial seems unprofessional. If Arial, then everywhere - also in the logo. And that's exactly what most graphic designers shy away from ...

Those who can say goodbye to the original Helvetica forms, but still want to use a timeless and free sans-serif font, fortunately have even better alternatives: Liberation Sans, for example, the font developed for Linux, which also runs the same metric as the Helvetica, but more elegant than the Arial. You can z. B. Downloaded from Fontsquirrel, a good source for free fonts.

One step further away from Helvetica is the decision in favor of one of the “new classics” from the Google library. Here z. B. Roboto, Open Sans and Source Sans Pro. They all differ significantly from Helvetica in terms of both letterforms and spacing, but are technically clean, modern and yet not too fashionable alternatives that will probably stay with us for a long time and should be considered when redesigning the corporate design. 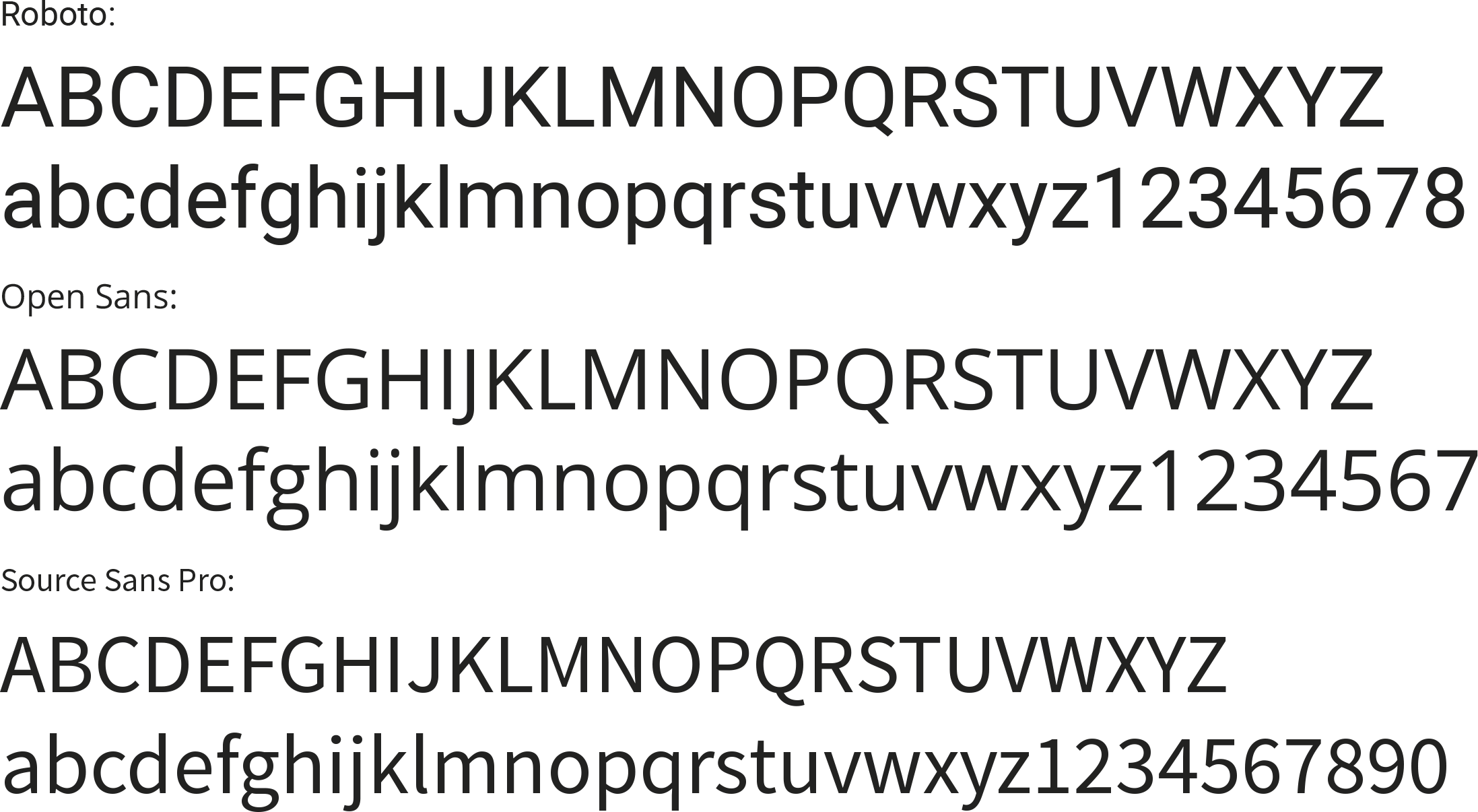