That was Yahoo: The Story of an Internet Pioneer 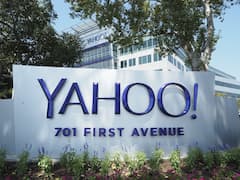 Yahoo: An internet pioneer says goodbye
Image: dpa In a boring but far-reaching mandatory stock exchange announcement [link removed], the Internet pioneer Yahoo announced its end. The current boss Marissa Mayer and other managers will leave the internet pioneer. This ends a story that began in 1994.

The end of Yahoo had been looming since last summer when the company was sold to the telecommunications group Verizon. But even in the previous years, Yahoo had long since given up its leading role on the Internet - Apple, Google, Amazon, Facebook & Co. now rule there.

The change to a popular web portal

Yahoo: An internet pioneer says goodbye
Image: dpa The history of Yahoo began in 1994, just a few years after the invention of the World Wide Web. At that time, this was still a rather disordered and confusing heap of information - intelligent search engines that crawled through the Internet independently and indexed all websites did not yet exist.

The two Yahoo founders David Filo and Jerry Yang worked as PhD students at Stanford University in 1994 to develop a useful service that could be used to navigate the vastness of the World Wide Web. The result was the Yahoo web catalog, organized hierarchically according to categories and subject areas, which became a pioneer for search aids on the Internet. Web catalogs had a decisive advantage and disadvantage at the same time: The advantage was that real people edited the web catalog and checked the recorded pages for relevance and seriousness. The disadvantage, however, was that at some point the web grew so quickly that web catalogs only ever represented a fraction of the network. In a separate article we explained the history of web catalogs and revealed which catalogs are still available today.

In the boom phase in the mid-1990s, many web services such as Yahoo developed into a comprehensive web portal with several services. Yahoo itself developed email accounts, calendars, discussion groups, news reports, and many other services, but Yahoo also bought the Flickr photo service. By 1998, Yahoo was considered one of the most influential Internet sites that many users used as their home page. The Geocities service, which users could use to publish private websites, was also popular.

In 2005, Yahoo even began to deal with Internet telephony and launched a paid VoIP service that was later integrated into Yahoo Messenger.

At the end of 2014, Yahoo closed the web catalog, the search function on the site had been showing the results of the search engines Altavista, Inktomi and Google for a long time. But the partnership with Google also ended after a few years, nowadays Microsoft Bing presents the search results on Yahoo. In 2008 Microsoft even toyed with the idea of ​​taking over Yahoo, but withdrew its offer due to excessive demands from shareholders.

Somehow, however, Yahoo felt that the time was rushing by the former Internet giant. That is why Yahoo took over shares in the Chinese online portal Alibaba.com, cooperated with Twitter and integrated content from Facebook. In 2013, Yahoo bought the blogging platform Tumblr.

But even the appointment of Marissa Mayer as the new CEO could not stop the descent of Yahoo. In the area of ​​data protection and the handling of user data, in particular, Yahoo made headlines in many ways after 2010. The freemail service began to automatically scan users' mails for advertising - but other US services do this too. In 2013, Yahoo granted the NSA access to users' address books, and in 2014 criminal advertisers managed to place infected advertisements on the portal.

In 2016, it was finally revealed that hackers had gained access to millions of Yahoo accounts. To this day, the hack is one of the largest hacker attacks in Internet history. To make matters worse, Yahoo also scanned the email texts of millions of Yahoo users on behalf of a US agency. Confidence in the service was irreparably damaged.

The remnants of Yahoo are now being renamed Altaba by the current owner Verizon - this ends a varied chapter in Internet history with numerous ups and downs.