What's the story of selfie

Who actually invented the selfie?

Every day, several million people look into the camera and snap a photo of themselves. But the selfie is not just a fad. The story behind the term is much older.

For many social media influencers, selfies are the most important communication tools with which they not only entertain their target group. In cooperation with companies, they present brands and products in order to generate substantial sales.

But “normal” people also like to take photos of themselves and share these images with their own network.

But who actually invented the selfie?

What is a selfie anyway?

A selfie is basically nothing more than a self-portrait that is taken at arm's length from your own hand. Such pictures are often shared on social networks and either depict one or more people.

Self-portraits as photography are a further development of the portraits in painting. In earlier times it was not easy for photographers to take a picture of themselves, as the cameras were always used with a tripod and long exposure times were necessary for a clearly recognizable image.

Similar images could then also be photographed with the invention of the self-timer. Nowadays, the so-called selfie stick makes it easier to take a selfie.

The first self-portrait in history

The first selfie in history did not come from starlets like Britney Spears or It-Girl Paris Hilton. But from Robert Cornelius. In 1839 he tried to improve the daguerreotype for a client.

Cornelius built a special camera for this photography process. In order to ensure the proper function, he needed the inclusion of a human. At that time, images were only recognizable when the living object stood still or sat still for a long period of time. 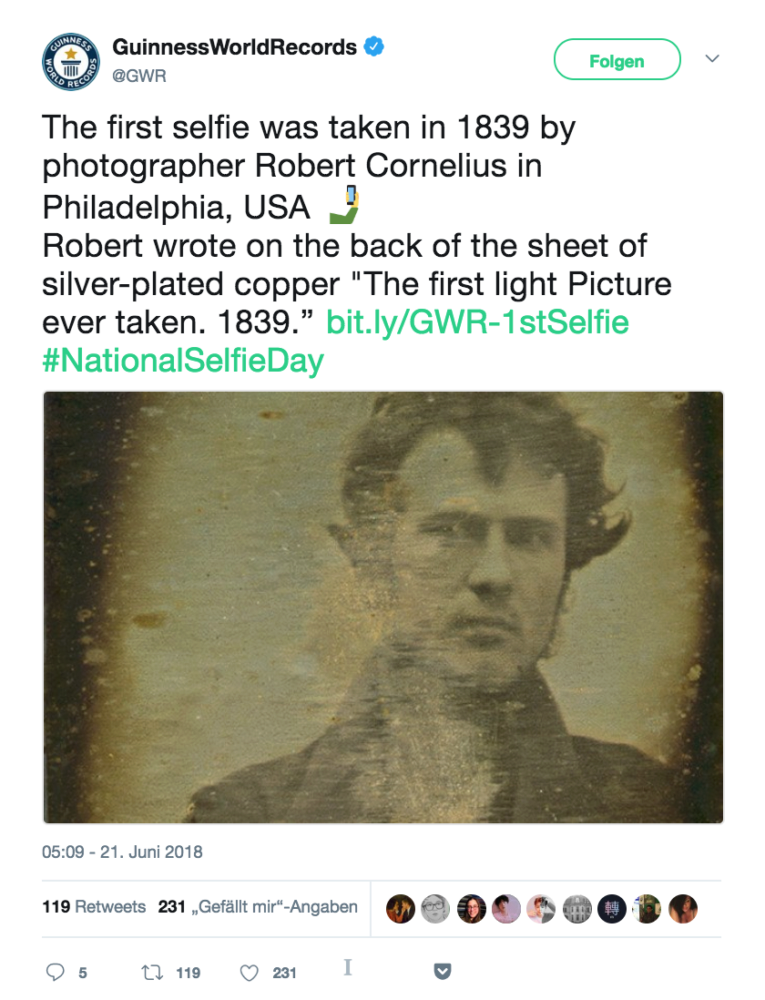 As luck would have it, Cornelius had no one at hand but himself. So he made a portrait of himself. He seemed to realize that he was taking the first self-portrait. On the back of the picture he noted “The first photograph ever taken. 1839 ".

The first use of the term selfie

Robert Cornelius may have been the first person to take a self-portrait of himself. But the person who first used the term “selfie” was different.

The first recorded use dates back to 2002. An Australian posted a self-portrait on the ABC Science online Australian internet forum to showcase an injury on his face. The text of the article says: "Sorry about the focus, it was a selfie".

The term is therefore of Australian origin - even if the self-portrait itself dates from 1839. Time Magazine later chose “Selfie” as one of the most important words of 2012. This made it into the top 10 of the 2012 buzzwords.

The following year, the Oxford English Dictionary declared “Selfie” the “Word of the Year 2013”. 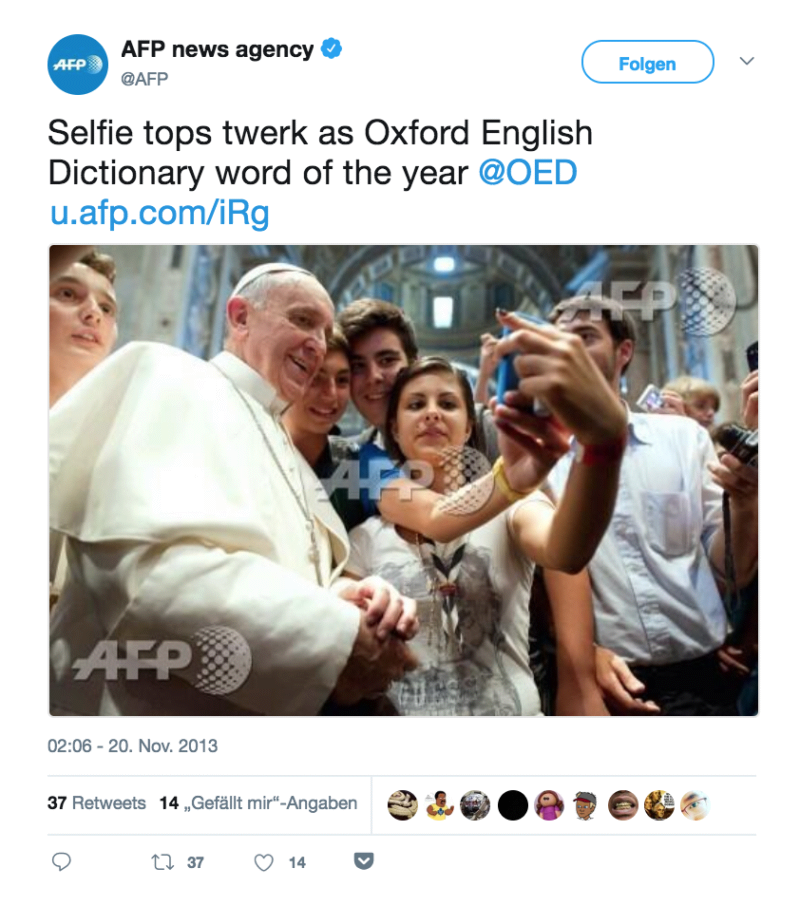 The term has been known in Germany since 2011. One of the earliest proofs of this is - according to WELT - a caption in a Gothic blog from March 2011. The Frankfurter Allgemeine Zeitung (FAZ) wrote a suitable article on this phenomenon, which was published on August 13, 2013.

Spiegel Online and the Vice website also dealt with the term in the summer of 2013. Either way, the German media and online magazines were two years late.

Selfie or not selfie: not a question, but a matter of course

There are many reasons why we take selfies. The simplest explanation is that these images are easy to create and share. In addition, selfies give the photographer, who is also the subject, control over how he or she wants to portray himself.

From a psychological point of view, the selfie serves as a self-assurance for the photographer. You want to create a picture of yourself that is as authentic as possible and convey this self-image to others.

Register now for our weekly BT compact newsletter. As a thank you we give you ours LinkedIn guide.

The idea of ​​the self-portrait is centuries old. We owe the term “selfie” to an Australian and his facial injury.

Why do you take self-portraits of yourself? Which influencer makes the best selfies?