What actually is a microcomputer?

The “computer” has been part of everyday German for around 50 years, as explained in an older post on this blog, and the expression was used earlier in the English language. But how long have we known the “microcomputer”? The history of this word is more complicated, and at the beginning it meant something completely different than it does today.

Wikipedia knows: “Microcomputers are computers that are more compact than mainframes and mini-computers and can be operated by a single person. Today the term is mostly associated with the first wave of 8-bit home and office computers. ”And in English:“ A microcomputer is a small, relatively inexpensive computer with a microprocessor as its central processing unit ”- a small and relatively inexpensive one Computer with a microprocessor as the central unit.

But is that true? When the word “microcomputer” spread in the USA in the 1970s, the computers described by Wikipedia did exist, but they had a different name. For example the Altair 8800 (photo above, photo: Jan Braun, HNF) with an Intel 8080 chip, which the magazine “Popular Electronics” presented at the end of 1974 as follows: “World's First Minicomputer Kit to Rival Commercial Models”. First minicomputer kit in the world that equals commercially available models. "

The Altair was therefore considered a minicomputer and thus had a name that originated in the mid-1960s and meant computers the size of a refrigerator, in any case those that were smaller than the extremely expensive mainframes or mainframes. The Apple company did not call their second model a microcomputer, but "personal computer", see the advertisement from 1977. That means something like a personal computer for a single user and has nothing to do with the manufacturer IBM, who used the term 1981 for his PC took over.

In 1976 Apple advertised its first product, the Apple 1, and used the word “microcomputer” - did you? But we have to read carefully: An advertisement from October 1976 mentions a “Low Cost Microcomputer System” in the headline and below the “Apple Computer” without “Micro”. A text from July 1976 even called the “Apple-1 system” just a “microprocessor board using the 6502 microprocessor”, a microprocessor card with a specific chip, the 6502.

How does this all come together? The solution can be found in a long article that appeared in Scientific American, the widely read and influential science magazine, in May 1975. The author, André Vacroux, who was born in France and emigrated to the USA, headed it “Microcomputers” and introduced it as follows: “Evolutionary successor of the minicomputer, the microcomputer is a set of microelectronic 'chips' serving the various computer functions. "

In the evolution of electronic computers, the microcomputer is the successor to the minicomputer and consists of a group of microelectronic "chips" - which were still put in quotes. In their entirety, they take over all functions that were implemented in earlier computers by electron tubes or individually mounted transistors. In other words: A microcomputer is the motherboard of a computer with the chips on it, and the photo of such a circuit board also adorned the cover of "Scientific American" in 1975 - see the picture below.

SPIEGEL discovered André Vacroux's article in Scientific American as early as 1975 and also acknowledged the subject. In 1979 the German translation of Adam Osborne's book was published under the title "Mikrocomputer-Grundwissen". We also saw such a computer as a set of microchips, but also as a complete small digital computer, and in 1983 SPIEGEL wrote: “According to estimates by the International Data Corporation, there were around 200,000 microcomputers in Germany at the end of 1982, in England over 600,000. "

And over time the hyphen also disappeared, and with that, to quote Adam Osborne, the microcomputer was born. As we - and Wikipedia - know it. 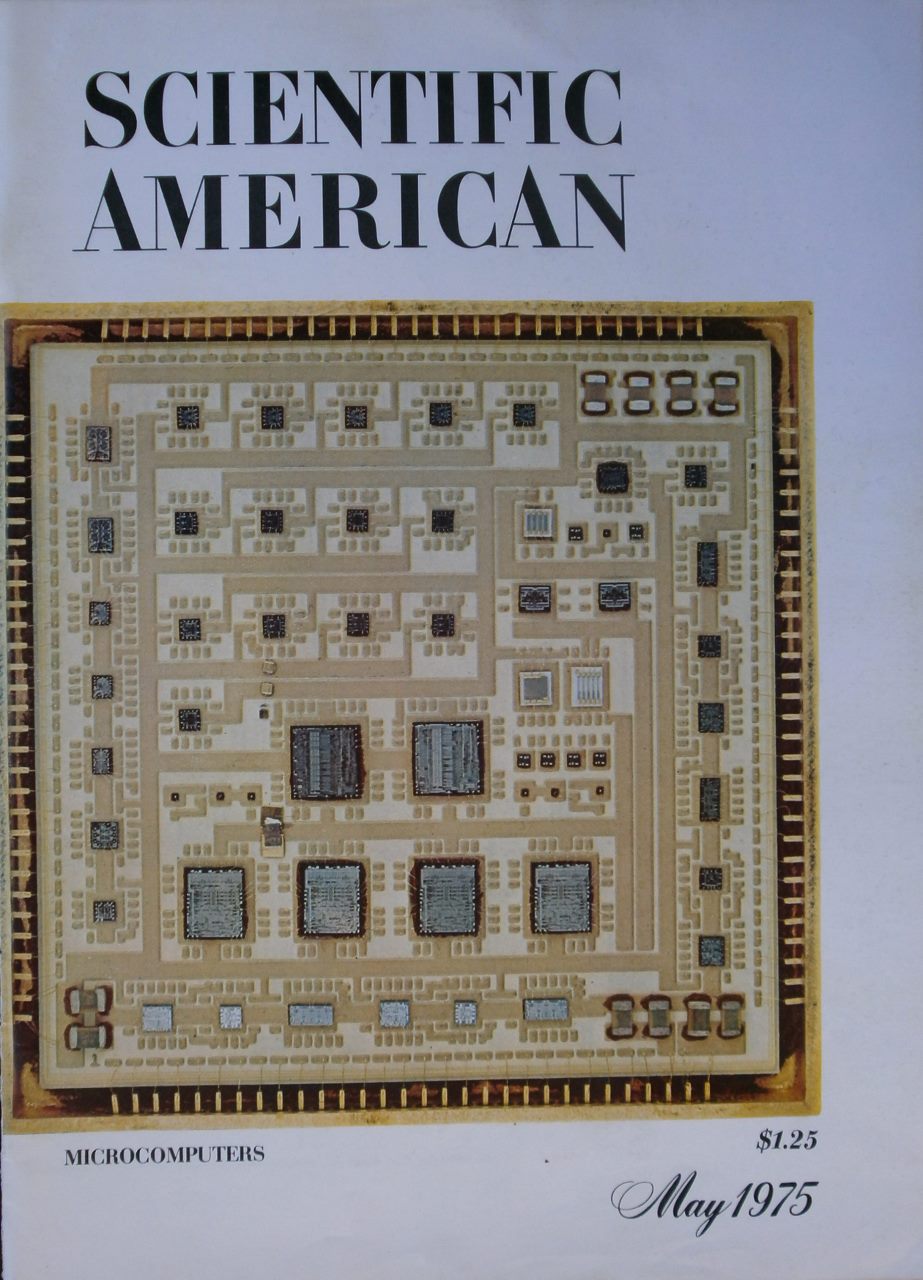