Is Tirupati a Tamil city 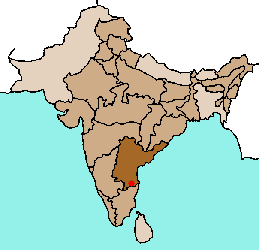 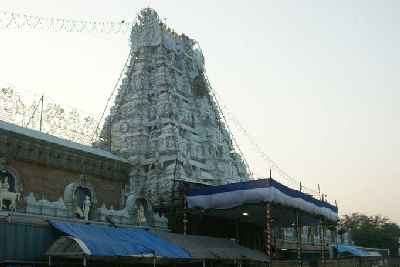 The gopuram above the entrance gate of the Temple of Tirumala 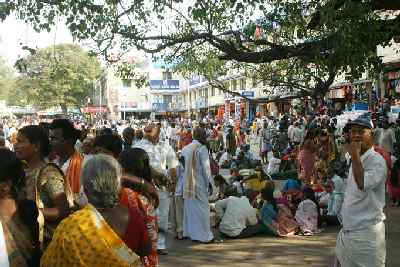 The pilgrims have a lot of time and patience

I am still writing a short letter from Andhra Pradesh before I irrevocably move on to Tamil Nadu. My current location is Tirupati, a somewhat bizarre place that can only exist in India.

Despite a considerable size of one lakh, Tirupati is essentially only the "earthly anchor" for the temple of Tirumala, which, together with a few pilgrimage homes and other essential infrastructure, stands about further on the hill of Venkata. Tirupati's bus station makes Hyderabad's look like a dwarf, the train station is huge too, and a fleet of local buses is constantly climbing the Temple Mount. And that is all necessary, because with between ten and one hundred thousand pilgrims every day, Tirumala is perhaps the most frequented pilgrimage site in the world, even before Jerusalem, Rome or Mecca.

The pilgrims have a lot of time and patience

People make pilgrimages here to see the cult image of the Lord of Venkata Hill, Sri Venkateshvara. This incarnation of Vishnu is not counted among the "Big Nine" (and is considered by some to be only a "sub-incarnation" of Krishna), but in the present Kali Yuga, the era of sinfulness, it has a special meaning: SriVenkateshvara forgives the Sins, and a look at his statue in the temple of Tirumala is enough. And now let's be honest: This is a good offer for everyone, even if you have to stand in line for eight hours. 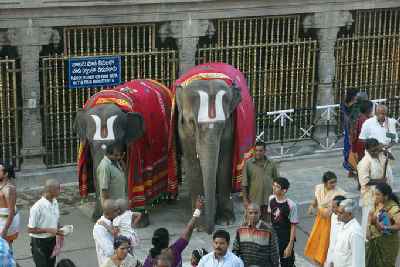 Evenings in the temple: elephants ... 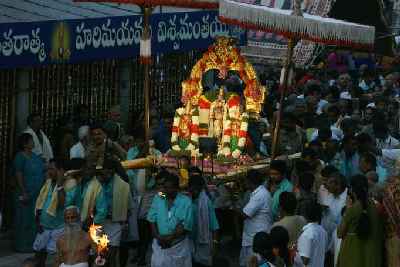 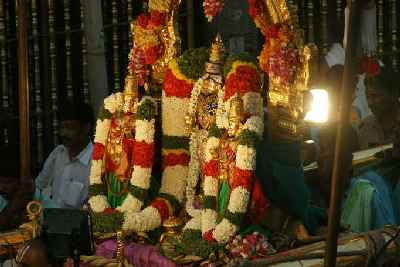 Evenings in the temple: elephants ...

Thanks to Vishnu, it is easier for tourists. Once you have your camera in the cloack room [sic!] and his legwear in shoe keeping center has given up, then you can go to the Vaikuntam Q Complex against a cellar VIP ticket and that deserves its name: You dive into the cellar of the Vaikuntam Q Complex and appears again in the basement of the Sri Venkateshvara Temple, which shortens the waiting time to about 30 minutes. The name Vaikuntam Q Complex I read in English as: the building in which one stands in a queue (queue) to come to paradise - Vaikuntha is the name of Vishnu's heavenly abode.

Even after half an hour in the queue, I was pretty easy to spread: It is quite a nerve wading in socks through muddy puddles, and all of this in a crowd and boulder that is reminiscent of a tightly packed sphere, although Indians are known to have any physical contact perceive it as a pleasant change in the monotony of waiting.

So I was pushed further in the queue and finally came after endless corridors and serpentines through the temple gate, tortured me through the temple courtyard and finally reached a brass-adorned pavilion, from which I looked for about half a minute at the distant statue of the "Lord, who takes away sins ”before I was pushed out of sight by those who followed. Then there was a prasad made from a sweet sesame laddu, which was seasoned with tons of cardamom and unfortunately crumbled a lot while eating. That was uncomfortable in that the floor was constantly rinsed with water, in which all the crumbs of the previous ones dissolved - consequently I had to wade through a kind of syrup. I threw my sticky socks in a corner where they are still lying today. 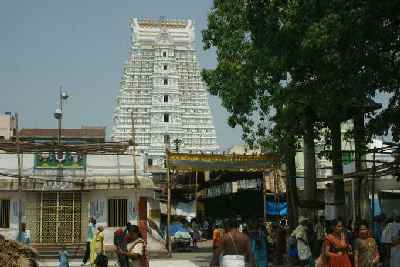 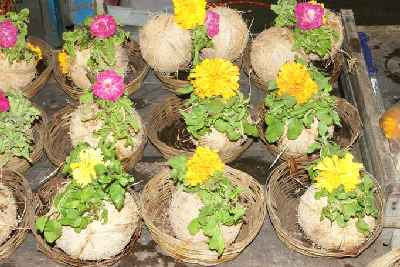 Coconuts decorated with basil and marigold

After this sin-relieving experience, I had a second encounter with the Lord of the Hill: In an outer area of ​​the temple where photography was allowed, I watched a procession in which an illuminated golden statue of Venkateshvaras behind two elephants and in front of the necessary diesel generator was pushed through Tempelstrasse. Add to that a huge number of singing Hindus and the smell of incense sticks - yes, that's India.

Coconuts decorated with basil and marigold

There are also some temples in Tirupati, including the Govinda Raja temple, which is well worth seeing. The path through the temple gate (which is crowned by a white gopuram) leads through a small devotional market, where pilgrims can purchase coconuts adorned with basil and marigold flowers as offerings. In the holy of holies you can see a few pictures of Krishna and his family before you can get a few sprigs of basil from the temple Brahmans for a few rupees, which you then have to chew - an experience that is as aromatic as it is pleasant. 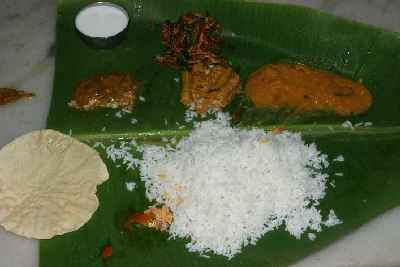 Which brings us back to the edible. Let me make it short: Andhra cuisine at the usual level. Particularly noteworthy were a fruity and sour tomato chutney (with a canonical amount of chilli), morning idlis not with white but with red coconut chutney (the color also comes from canonical amounts of chilli) and of course, as always, the rasam, a thin broth made from vegetables and Spices (with more tamarind than chili). As a contrast, there were vegetables fried dry in fat with intense roasted aromas, seasoned the Tamil style with mustard seeds and curry leaves. I will probably miss the Andhra kitchen in the future!

Speaking of the “future”: After looking at the calendar, I decided to skip Chennai, which is not too interesting for tourists, and to move on to the cultural sights in Tamil Nadu. So next time I'll be in touch from Mamallapuram.